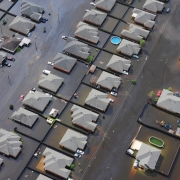 The Carolinas are no stranger to severe weather, especially in recent years. The fact is, anywhere that has a sub-tropical climate is bound to get a lot of rain or be vulnerable to hurricanes, either of which can lead to flooding. Floods can cause thousands of dollars in damage and serious problems for your home or business. With a new update from FEMA coming into effect in the last month of 2018, its important to know that the flood insurance maps for Berkeley County have been changed. END_OF_DOCUMENT_TOKEN_TO_BE_REPLACED 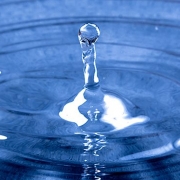 As a homeowner in the Lowcountry, it’s important to know that starting April 1, 2016, new regulatory changes were made to the National Flood Insurance Program (NFIP).

The NFIP aims to reduce the impact of flooding on private and public structures. It does so by providing affordable insurance to property owners and by encouraging communities to adopt and enforce floodplain management regulations. To stabilize the NFIP and better align insurance premiums with true risk, FEMA has mandated changes that will increase premiums, update flood zones, and phase out subsidized rates.

As your local insurance agency, we at King Street Agency want to help you understand how these changes may affect your policy.

There are several changes that will take place starting April 1st but we want to call your attention to the following three:

Knowing how these changes may affect your policy is important and will help you make smart decisions about your coverage. Be sure to contact your King Street Agency agent to discuss your policy and learn about ways to better protect your home. 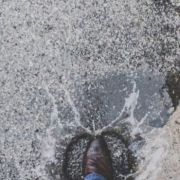 Earlier this month, hundreds of homes across the Southeast suffered from water damage fueled by moisture generated from Hurricane Joaquin. While homeowners have begun to dry out from the historic rain and make insurance claims, many are facing the harsh reality that their policies aren’t all-encompassing as believed. Ascertaining what is water damage tends to be confusing and complicated, which is why we at King Street Agency will explain the difference between water damage and flood damage.

First and foremost, flood insurance is separate from homeowner’s insurance. This means you will need separate coverage to protect your home against damage that occurs as the result of flooding. What constitutes as flood damage? “Flood” is defined as an overflowing of water onto land that is normally dry. Examples of flood damage include a river exceeding its banks and washing into your home, a heavy rain seeping into your home because the ground can’t absorb the water, and rising inland or tidal waters.

If you live in a flood-prone area, many insurance companies require that you carry flood insurance. It’s a smart and proactive way to protect your home from any unexpected events. According to the National Flood Insurance Program (NFIP), the average premium for a flood insurance policy for a single-family home is about $650 per year.

And just because you don’t live in a lender required flood zone, doesn’t your home’s safe is a guarantee—25 percent of flood losses occur in areas that aren’t considered flood zones. The good news? For homes in non-flood zones, annual insurance can be as little as $400—a small price to pay when considering the alternative.

Water damage is typically covered under homeowner’s insurance, but it’s important to read the details of your policy to completely understand what your insurer will pay for. Water damage differs from flood damage in that it occurs before water comes in contact with the ground. Examples of this include severe rainstorms, a leaky roof, and pipes bursting.

Knowing what kind of policy you have and what it covers before disaster strikes can save you a lot of time and money. Be sure to contact your King Street Agency agent to discuss your policy and learn about ways to better protect your home. 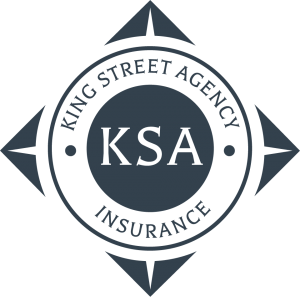